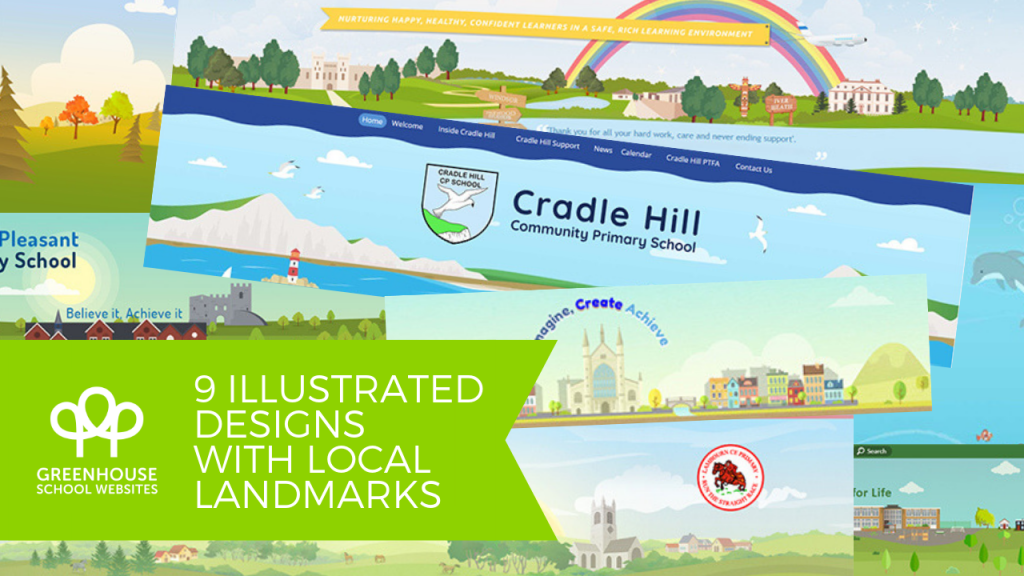 One great way to make your school website truly unique is to have a skyline illustration featuring landmarks from the local area. We’ve collected together 9 school websites we’ve designed which feature local landmarks.

Cradle Hill Primary School is right next to the sea, and they wanted this reflected in their website design. In the distance of their illustrated background, you can see Seven Sisters Cliffs, the white chalk cliffs along the East Sussex coast. 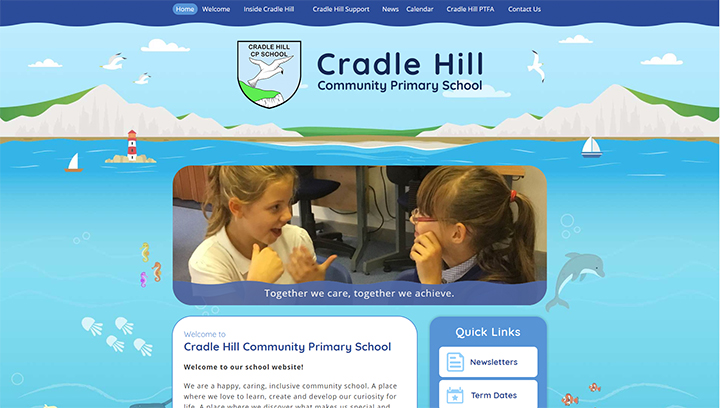 Mount Pleasant opted for a bespoke illustrated skyline for their new website. The local landmarks on this school website include Dudley Castle, the Delph Locks and the canal. The image also features a coal mine shaft and the Red House Glass Cone, a local heritage site. 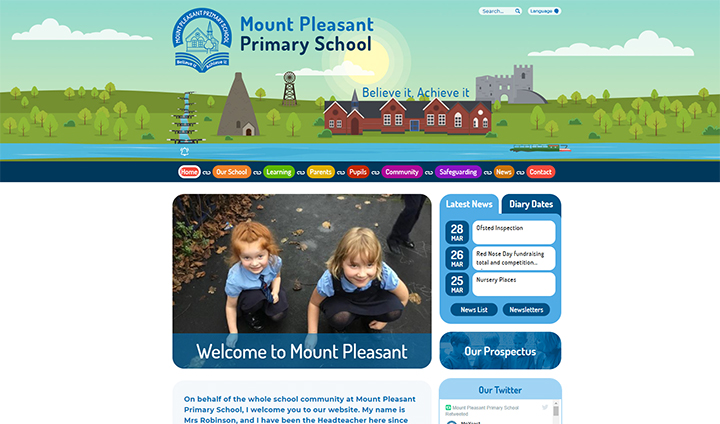 The local landmarks Evan James school chose to feature on their school website aren’t famous but they still look great. The illustrated background shows a local pagoda and large stone bridge which are both near to the school. 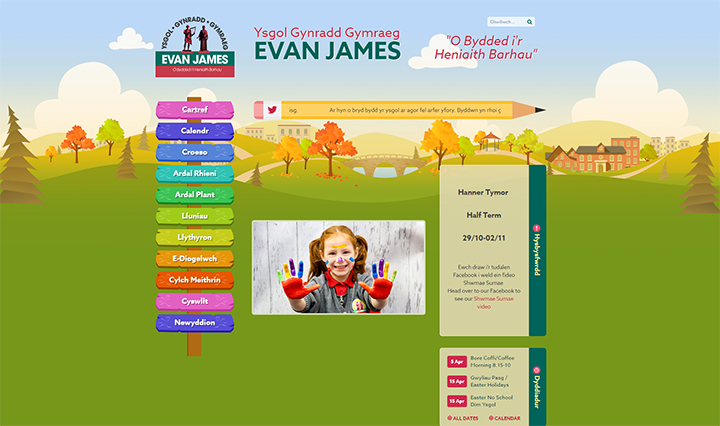 One of the notable things about the area surrounding Lambourn C of E Primary school is a large number of horses! The illustrated header depicts horses galivanting in the sunshine, as well as the local church. The beauty of an illustrated skyline on your school website is that you can really show off what makes your school and the local area unique! 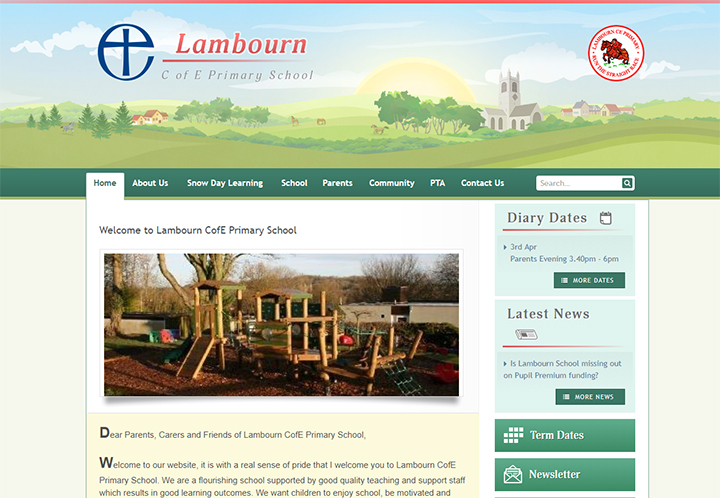 In the left-hand side of the illustration on Belmont Junior School’s website, you can see Alexandra palace, complete with an antenna on the tower. What a fantastic cultural landmark to have near your school- Alexandra Palace was the site of the first ever television broadcast. 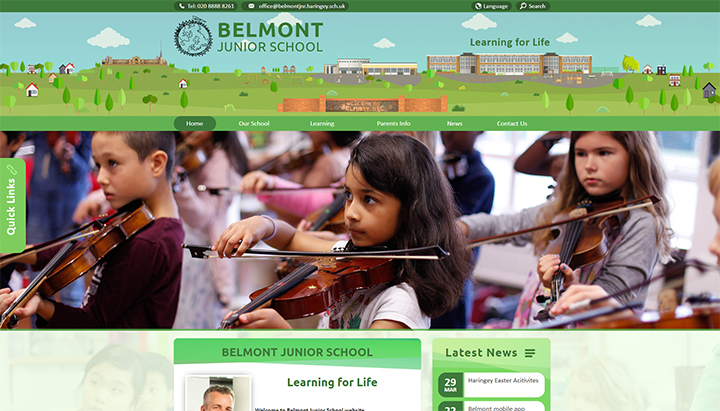 Park Primary School in Doncaster chose to have two local landmarks feature on the homepage of their website; Doncaster Minster and Doncaster Race Course. Doncaster Minster, also known as The Minster and Parish Church of St George, is easily mistaken for a Cathedral with its grand architecture but is actually one of the few “Greater Churches” in the country. Cathedrals and Churches are both incredibly popular local landmarks to include in skylines, especially for schools with religious affiliations. Western Church of England Primary School requested Winchester Cathedral as one of the local landmarks on their website. 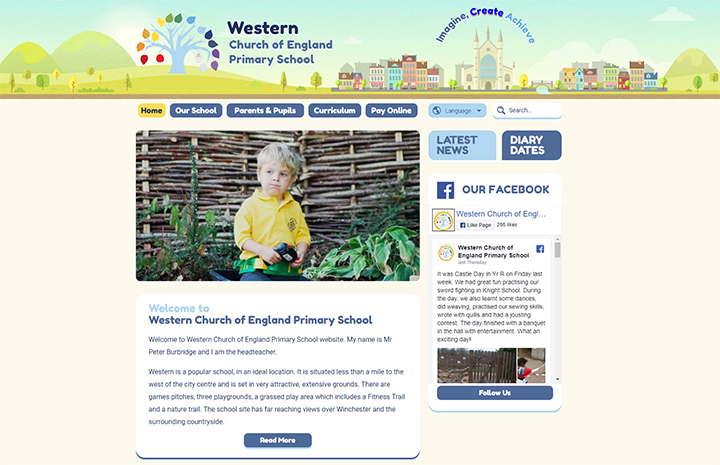 The skyline on St Michael’s Infant School’s website features the local church, as well as the River Medway. The local area has lots of green areas and woodlands, which were also incorporated into the design. 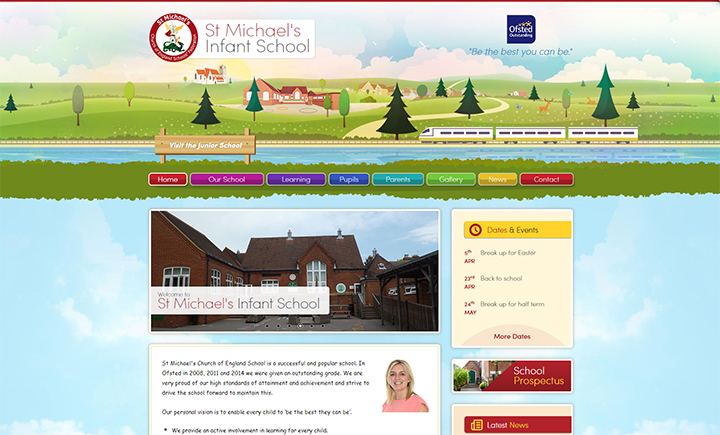 Iver Heath Junior and Infant Schools share a very similar design, including their skylines. One has a more infant-friendly feel to it, as it includes a rainbow, but overall the differences are minimal. Local landmarks included in the design are Windsor Castle on the left, Pinewood Studios on the right, and a totem pole. The totem pole may seem like an unusual choice, but it can be found on a roundabout near to the school! You can read more about the features we can add to your bespoke school website here. Want to get straight into the numbers? Click here to check out our pricing.